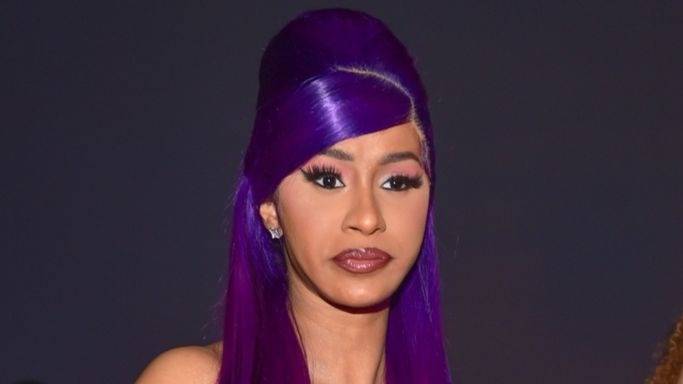 Cardi B has been laying relatively low since the whole pandemic kicked off — yet somehow she managed to become a trending Twitter topic this week.

Over the last 24 hours, a #CardiBIsOverParty hashtag started making the rounds after alleged screenshots of the Grammy Award-winning rapper dissing other women in the industry hit the internet.

On Thursday (June 25), Cardi addressed the hashtag in an Instagram TV video and scoffed at the notion she had a secret Instagram account where she slams artists such as Lil Kim, Megan Thee Stallion and Doja Cat (who was recently subjected to a #DojaCatIsOver hashtag, as well).

“I’m like, ‘What the fuck…I didn’t even do anything, what I did?’” she says in the clip. “I guess they’re editing … or they’re claiming I have a fake Instagram, like I don’t know, these people must think I’m a 15-year-old girl.

“I don’t have issues with none of these girls. I don’t even talk to people like that. … Stop trying to make these fake shits up, I don’t care if y’all trying to cancel me for something else but don’t make lies about me. It’s tiring, it’s annoying.”

Cardi elaborated in the caption and seemed to find empowerment in the situation.

“So people made this ridiculous lie of me on twitter,” she wrote. “Im glad I pulled up all the receipts and DEBUNKED ALL OF IT .Its crazy the time and energy people put to try to destroy you but this was JUST RIDICULOUS. It proves to me tho that I intimidate anybody that has any hate towards me that they will find any possible way to break me .YOU CANT BREAK ME ! Bring up my past and everything I said YOU CANT BREAK ME .I WILL BE HERE ! I will not run away from social media ,I will not be discouraged of my work.”

She later added on Twitter, “I do feel really powerful.The fact that I haven’t dropped music in 8 months .I haven’t announced none of the projects I been workin on .All I been doing is eating food & people have to make fake edits to cancel me it makes me feel like IM THAT BITCH !”

Elsewhere in the video, the former Love & Hip Hop: New York personality explained the screenshots being circulated on Twitter have been photoshopped. She also noted she and Kim haven’t spoken lately because Cardi doesn’t “know her that well” and refuted the idea she had issues with Ariana Grande, insisting she’s a fan of her music.

Despite Cardi’s emphatic denial, people are still attempting to cancel her anyway.

Check out some of the reactions below.